The Probabilty of Humanitarian Intervention as Framework for Human Security 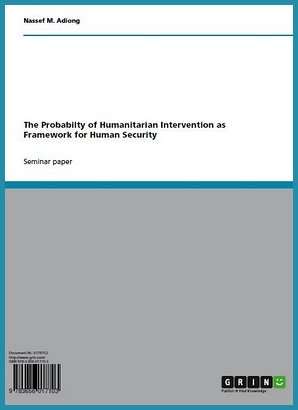 Consequently, the primal objective of this study is to remove the confusion that these two terms are facing. To exclude their identical character we need explanatory power to claim and defend our main idea, and what the author is thinking is to present human security with its own explanatory power to make a (standing) paradigm coherent and clear. Further, the purpose is not a matter of challenging what the other scholars have said but to add another view or element to the diverse interpretations of human security vis-à-vis non-traditional security. And his objective is to simply interpret human security as clear as possible and without attached ambiguousness. The proponent’s essay will first look into the evolution and development of the conception of the term ‘security’ then will discuss the ambiguity between the two conceptions and provide humanitarian intervention as the explanatory framework to establish its autonomy.