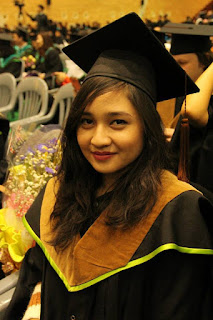 June Rose Sinajon graduated from the University of the Philippines, Diliman with a BA in European Languages (Major in German, Minor in French) in 2010. A few months later, she had been accepted as one of the international scholars of the Korean Government Scholarship Program and moved to Seoul. In 2014, she earned her MA in International Area Studies with specialty [sic] in European Union Socio-Cultural Studies from Hankuk University of Foreign Studies. Her MA thesis is entitled The Economic Progress of Slovenia and the Slovak Republic in the Throes of the Euro Crisis: A Comparative Analysis. The study describes the factors that have contributed to the different economic performances of Slovenia and Slovakia within the framework of the euro crisis in spite of their very similar historical and socio-cultural backgrounds.

Posted by Nassef Manabilang Adiong at 7:00 AM