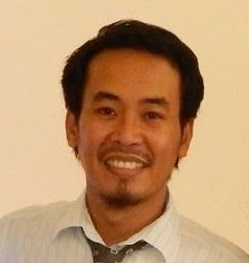 Erickson D. Calata received his Bachelor of Arts in Legal Management from Cagayan State University in Tuguegarao City, Philippines in 2004. He also holds his Master of Public Administration from the University of Makati, Philippines where he specialized in Policy studies. He is currently taking- up his PhD in Philippine Studies specializing in Political Science at Asian Center, University of the Philippines. He was once a legal editor, human rights worker, and had spent almost two decades of active involvement in voluntary sector management before joining the academe. He was former Assistant Professor at the College of Governance and Public Policy at University of Makati where he taught Political Theory and Methodology, Comparative Politics and Public Policy from 2012- 2014. He is a newly installed faculty member at the Political Science Department at Polytechnic University of the Philippines (PUP) Manila, Philippines. At PUP, he also serves as the founding adviser of the College of Political Science and Public Administration (CPSPA) Research Collective and Assistant Editor of the CPSPA Discourse. His research interests include International Relations, Globalization Studies, Social Policy Reforms, and International Political Economy.