The cohort for the study of International Relations (IR) and Islamic Studies (IS) is created by a group of researchers interested in developing and sustaining a body of knowledge that addresses the theories and practices of the Muslim civilization and of Muslim societies with regards to international affairs.

IR as a field is not a unilateral project rather it is an intellectual platform. The aim of Co-IRIS is to explore Islamic contributions to the field. The inclusion of Muslim contributions is not meant to create an isolationist, judicious divide between what is Islamic and what is not. The Co-IRIS is created to act on the inclusion of that knowledge as a building bloc in the IR field.

The Co-IRIS is premised on the idea that knowledge is fluid: peoples adopt and utilize thoughts and ideas regardless of faith, gender, nation, etc. The mainstream idea that all knowledge presented by the West is from an “Orientalist” perspective or that there is a “clash of civilizations” are both notions that are antithetical to our mission.

The Co-IRIS was previously known as IR-IS Research Cohort. It was created by Nassef Manabilang Adiong on December 29, 2012 through various social networking sites such as Facebook, LinkedIn, and Google+. His blog/website <www.nassef-m-adiong.com> and twitter served as temporary e-places where he formulated his thoughts and disseminated information.

It was his aspiration to introduce Islamic contributions to the field of IR because he observed a tremendous non-recognition of Islamic scholars theories and practices of international relations among IR scholars. His dream is to find shared values and mutual understanding between IR and IS. Until he found avenues and academic tools as starting point to gradually materialize his aspirations, he was able to edit a book, create a section conference, and organize meetings with people with similar passion and interests. Firstly through exchanges of correspondence with Dr. Raffaele Mauriello and Dr. Deina Abdelkader and, later, a meeting in Rapallo (Italy) from October 30 to November 02 held as part of the annual Exploratory Symposia organized by the European International Studies Association (EISA), the core Co-IRIS group was born. Nassef Manabilang Adiong is a student of theories of International Relations and politics of Islam(icate) with research interests in the concepts of nation-state and civilization. He is the author of the following articles: “Nation-State in IR and Islam” in the Journal of Islamic State Practice in International Law, “The U.S. and Israel Securitization of Iran’s Nuclear Energy” in The Quarterly Journal of Political Studies of Islamic World, “The Palestinian Refugee Question: A Constitutive Constructivist Interpretation” in Alternatives: Turkish Journal of International Relations, “Ideology that Spawns Islamist Militancy” in Frank Shanty’s Counterterrorism: From the Cold War to the War on Terror, and encyclopaedic entries such as civilization, nation, nation-state, International Relations, nationalism, pan-Islamism, Philippines, Qatar, and Suez Canal for various publishers including ABC-CLIO, SAGE Publications, Inc., and Wiley-Blackwell. His first edited book entitled “International Relations and Islam: Diverse Perspectives” is published by Cambridge Scholars Publishing on August 2013. He can be contacted via his website at <http://www.nassef-m-adiong.com>.

Deina Abdelkader is currently an assistant professor in the department of political science at the University of Massachusetts at Lowell. Abdelkader is a Comparitivist and International Relations specialist. Her scholarly interests and research, focus on the Middle East and North Africa, Comparative Democratization in the Muslim World, Islamic Activism, and the Role of Muslim Women in Religious Interpretation. She is the author of Social Justice in Islam (2000) and Islamic Activists: The Anti-Enlightenment Democrats (Pluto Press, 2011).She has also authored a number of articles; her latest is : Coercion, Peace and the Issue of Jihad in the Digest of Middle East Studies, and a book chapter titled: “Modernity, Islam and Religious Activism”, The New Global Order and the Middle East, Ashgate Publishers, (2012)  Abdelkader is also one of two women on the Islamic Jurisprudential Council of North America (Fiqh Council of North America) and she is also part of the editorial board of the Digest of Middle East Studies, and the new President of Voile : “Voices of Islamic Law and Ethics”.  <deina_abdelkader@uml.edu> 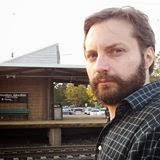 Raffaele Mauriello is an Italian historian of the modern Middle East. He holds a PhD in Islamic Civilization: History and Philology from the Sapienza, University of Rome (Italy). He has published several peer-reviewed essays and chapters in edited volumes on Shi‘a Islam history and on Iranian and Iraqi geopolitical affairs. He is also a translator of both Arabic and Persian languages. In 2013, he was awarded the World Prize for the Book of the Year of the Islamic Republic of Iran in the field of Islamic Studies for his monograph Descendants of the Family of the Prophet in Contemporary History: A Case Study, the Šī‘ī Religious Establishment of al-Naǧaf (Iraq) published on December 2011 by Fabrizio Serra. He can be contacted through his email address, i.e. <raffaele.mauriello@me.com>. 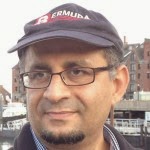 Hany Bardissi is an IT Architect that specializes in enterprise integration, Web design, and IT implementation. He can be reached at <http://www.bardissi.org/>.

- Please join the official LinkedIn group of Co-IRIS. The URL link  is http://www.linkedin.com/groups/IRIS-Research-Cohort-4779404

- Please include 'Islam and International Relations' as one of your research interests at your academia.edu account. The URL link is http://www.academia.edu/People/Islam_and_International_Relations

NB. You may post any relevant matters such as news, conferences, scholarships, research grants, seminars, summer schools, (non)degree programs, personalities (featured scholars, students, or practitioners), books, articles, journals, events, etc. pertaining to the advancement or progress of comparative research between IR and IS, and share it to everyone.

The mission-vision is to achieve the goals stated below:

Long-term goals:
- Establish e-branches and linkages to several institutes and universities in different countries.
- Provide financial research grants and scholarships to fellow members primarily to (post/undergraduate) students and early career academicians.
- Establish an academic journal.
- Building up IR-IS as a form of research agenda through developed paradigms and methodologies.

If you have any ideas, opinions, comments, advice or suggestions, please do not hesitate to email us at info@coiris.org.

Thank you for your attention and kind consideration.
Posted by Nassef Manabilang Adiong at 6:43 AM